Home OtherWater And Environment Plastic poses a major environmental threat: but is it being over-stated?

Plastic poses a major environmental threat: but is it being over-stated?

There is no doubt that plastic affects the environment badly. But a trend has developed in the reporting on the impact of plastics that’s not only selective but also borders on panic mongering rather than impartial analysis of existing studies.

Contrary to a great deal of media coverage which has placed plastic as environmental public enemy number one, I would argue that it’s not in the same league as the climate crisis, consumerism and human population growth which, collectively, threaten the biosphere.

I’ve devoted a fair amount of my research career to studying plastic in marine ecosystems, and I’m not saying we should be blasé about their impact. But we need to be responsible when reporting the effects, and provide an honest assessment of their severity.

Two English environmental conservation experts, Richard Stafford and Peter Jones, recently argued in Ocean plastic pollution: A convenient but distracting truth? that plastic has become a ‘convenient truth’ which is distracting people and governments from the really serious environmental challenges the world faces.

Why is plastic perceived to be such a significant threat? Part of the answer probably lies in the fact that it’s much harder to accept the kind of life-style changes needed to address the climate crisis than it is to reduce reliance on single use plastic. But biased reporting also contributes to the problem.

Some misleading stories
One of the first alarmist statistics put into the public domain was the claim in 2001 that there was six times more plastic than zooplankton in the North Pacific ‘garbage patch’. The data came from a paper by the then director of the Algalita Marine Research and Education Foundation, Charles James Moore. In fact, he reported that zooplankton was five times more abundant than plastic, but that plastic weighed six times more. The popular media chose to highlight the latter figure.

What Moore failed to stress was that the research behind these statistics only sampled the top few centimetres of the ocean where floating plastic concentrates. This is significant because zooplankton is distributed much more uniformly with depth. If Moore had sampled through the water column, the figure would have been much less impressive.

Another oft-abused figure states that 99% of seabirds will have ingested plastic by 2050. Most people interpret this to mean 99% of individual seabirds will have plastic in them. Yet the study simply tried to predict what proportion of species will have ingested plastic at least once. Given the prevalence of microfibres in the ocean, it is inevitable that all seabirds have already consumed some fibres. The real question is, does this have a significant impact on them? For most species, the answer is probably no, at least relative to the threats they face from fishing, invasive species, disease and climate change.

And a new report by the World Wide Fund for Nature (WWF) has also set off alarm bells. It claims that

an average person could be ingesting 5 g of microplastics per week.

The report was based on a study that’s still under review from the University of Newcastle that indicates human ingestion is of the order of 2000 microplastic particles per week, mostly in drinking water. Subsequent correspondence with WWF revealed that the study used two approaches. The value of 5 g per week was based on an estimate of the average size of microplastics in aquatic environments, which is 2.8 mg. This makes each about the size of a sesame seed.

This doesn’t seem plausible. We’d notice if we were consuming 250 sesame seeds in our drinking water every day. Most microplastic contaminants in food and drinks are much smaller and weigh much less than this.

A second approach, based on the size of particles found in food and drink, estimated ingestion at 0.1-0.3 g per week. Even this range is too high, because many microplastics are fibres, which weigh much less than fragments of similar size. I estimate a value closer to 0.005 g per week.

The problem with research of this nature – and the media coverage it gets – is that most people will see the headline and think they’re eating 5 g of plastic a week. We need to guard against selective and biased reporting of scientific studies to pursue particular agendas.

We should do all we can to limit the amount of waste plastic entering the environment. But we cannot afford to allow the focus on plastic to detract from tackling the challenges that threaten our very existence, as well as that of millions of other species.

The DRC is revisiting its mining code. Why reform is long overdue

Finding ways to keep communities alive after mine closures

Flattening the curve – How oil and gas...

Groundwater can prevent drought emergencies in the Horn...

Why smart agricultural development is needed in Africa’s...

Science has the power to boost farming in... 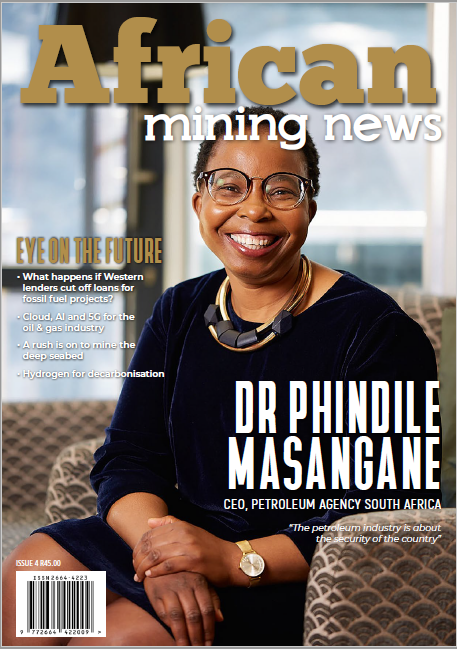